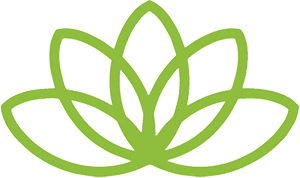 What is buprenorphine/naloxone and what does it treat?

Buprenorphine/naloxone is a medication that works in the brain to treat opioid use disorder. Opioids include heroin and prescription pain relievers such as hydrocodone, oxycodone, morphine, and fentanyl.

Buprenorphine is the active drug in buprenorphine/naloxone. Buprenorphine is known as a partial opioid agonist which means it partially works like an opioid and the effect is weaker than full agonists like heroin and methadone. It also has a “ceiling effect” so the opioid effects level off even with further dose increases which reduces the risk of misuse, dependency, and side effects. Buprenorphine lowers the effects of opioid withdrawal symptoms and cravings to use opioids without having full opioid potency or effects. This helps people who take the medication abstain from other opioids.

The naloxone part of buprenorphine/naloxone is known as an opioid antagonist or “blocker”. It is only absorbed and activated in the body if the tablet or film is injected instead of being dissolved in the mouth as prescribed. If naloxone is injected into the bloodstream, it will cause someone who is dependent on opioids to have uncomfortable withdrawal symptoms. This helps discourage people who are dependent on intravenous (IV) opioids from injecting buprenorphine/naloxone.

It is important to combine buprenorphine/naloxone treatment with counseling and other support.

Symptoms of opioid use disorder include:

How Can We Help You?

Your physical and mental health are very important to us.  Do you have questions?  We are here to help.